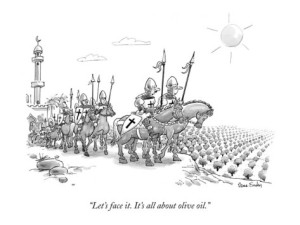 A decade ago Chile exported just 9 tons of olive oil a year. Today, by contrast, domestic producers send about 6,650 tons overseas, for more than US$24 million. Growth of more than 1,000% in just 10 years.

Yes, that should be “more than 70,000%” if they really want to toot their own horn, but whatever. Can’t expect them to be able to both produce oil and do basic math.

A Bolivian radio journalist has been attacked while he was conducting a radio show in the southern city of Yacuiba.

Mr Vidal, 78, and another staff member are being treated for burns.

Relatives said Mr Vidal had been reporting on smuggling in the border area when the attack happened. 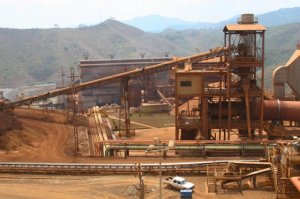 Anglo American has a nickel mine in Venezuela. A month from now, from what I hear, that won’t be the case. The concessions now being mined expire Nov. 11 along with the site environmental permit, according to a person familiar with the situation. The government hasn’t renewed the concessions, so it’s lame duck time for them. The company now has a month to comply with its permit requirements — including returning the site in pristine condition. That won’t happen. The site ain’t in bad shape as mines go, but it has some big gouges in the ground where scoops pick up damp, crumbly, pale-blue ore, dump it on trucks, which dump it into some of the most ridiculously hot furnaces you can imagine (1650°C), where the nickel is smelted out and turned into dark pellets that are cooled in little water pools and then loaded into containers (very shallow, or the container would be too heavy) and trucked to Puerto Cabello and thence to points unknown.

The writing has been on the wall for years, as Anglo American has been writing down the value of its sole remaining Venezuelan asset. END_OF_DOCUMENT_TOKEN_TO_BE_REPLACED

Arevenca’s bum asphalt deal with the Díaz family of Puerto Rico continues to redound as its formerly exclusive broker in the USA, Madasi Oil, seeks to salvage its good name by suing Arevenca. The brief was sent in by Madasi’s Marcos da Silva, but I have confirmed with the US court that it’s legit. Even though it includes paragraphs like this:

ARC is the owner of several refineries in Aruba. Later it was found that it was not. It is part of a group denominated “Arevenca Group.”

Amusingly, the US court website has the case listed as being for $800 billion. That is incorrect, but it would seem entirely appropriate for Arevenca, the only oil company ever to consummate a $2 trillion oil deal.

Don’t worry, I won’t keep bugging you with updates unless something major happens. 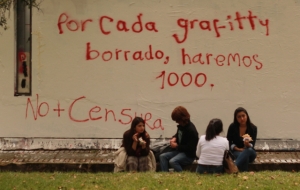 I couldn’t agree more. Photo I took today in Bogotá.

Derwick Associates is a Venezuelan engineering company that has had incredible success in the three years since it was founded, gaining hundreds of millions of dollars in contracts to procure generating turbines and other materials and to then build electricity plants. Press reports have raised questions about exactly how Derwick got so big, so fast. My colleague Cesar Batiz at Últimas Noticias wrote 14 months ago that the company had gotten very big contracts despite a lack of experience and the relative youth of its managers. He later included Derwick in a larger article about suppliers of electricity equipment that appeared to be overcharging. Both times, he tried to speak with the company, but wasn’t able to get them to reply. Later, the Devil’s Excrement blog ran a piece summarizing Batiz’s findings and adding a curious fact — the company, despite doing such big business, had registered a Florida office that was in a drab office building in a remote area of Fort Lauderdale, by the airport, with neighbors that included US security agencies.

The Devil later took down his post without explanations. I reposted it here, for no reason other than, as I said at the time, I dislike memory holes. I would never have posted it if it seemed that there was anything untoward about the note.

A few weeks ago, I received an e-mail (5 mb PDF) that opened with a letter from Derwick’s lawyers:

I couldn’t agree more. Photo I took today in Bogotá.

The lawyers write about Wiki Anti-Corrupción (WAC), a website I have previously recommended as having a lot of interesting if ill-supported information about corruption in Venezuela. Derwick has sued WAC for defamation in local court in Miami, demanding “not less than $200 million.” They kindly included a copy of their suit (here is the lawsuit on its own, without attachments). They say WAC defamed Derwick and its leaders with claims of money laundering, fuel smuggling, coltan trafficking, and a whole list of other claims. To be clear here, nobody claims that WAC has anything to do with Devil’s Excrement or with me. The lawyers continue, referring to the Devil’s Excrement story I reposted:

The Article — which contains certain of the false and defamatory statements concerning Plaintiffs that appear on the WAC Website and are the subject of the Action — remains accessible on your website.”

But they don’t tell me what those false or defamatory statements might be. They go on:

The original author of the article has removed that page from the [Devil’s Excrement] website after being informed that the page was littered with false and defamatory information about Plaintiffs. Accordingly we request that you also remove the Article.

So there you have the background to my very simple, and I think diplomatic, response:

I received your note of Sept. 21. If you see something on my website that you think is false or defamatory, please identify the problem as specifically as possible and support your position.

We — you and I, together — will then work out how to deal with the problem. A quick correction or a public chance to reply is often a better solution. Deletion is a last resort, and one that often doesn’t work anyway.

So for starters, just send me a copy of the letter you sent to Devil’s Excrement, ok?

Wiki Anti-Corrupción’s very general response to the case is here.

For my earlier, rather less diplomatic response, see Twitter.

UPDATE: I hadn’t seen Alek Boyd’s much more complete article about the nice people at Derwick.

Madasi Oil’s Marcos da Silva writes with his respondes to the lawsuit I reported here. The response is in Spanish legalese but I think the short of it is “hey, you can’t sue us, we were screwed too!”

If you recall, the scam company Arevenca sold an $8 million cargo of asphalt to a Puerto Rico paving company with Madasi acting as the broker. Madasi says in its suit that it was supposed to get a 25% commission on the deal, or $1.75 million, which was then reduced to $1.55 million. The payment was made but the asphalt never arrived, and now Madasi is countersuing the Diaz family for allegedly having cost Madasi business worth, and I quote, “eight hundred billion dollars ($800,000,000.00).” Plus reputational harm to Madasi of $5 million, and additional harm to Lausell of $10 million.

As always we’re happy to offer a forum in which the subjects of commentary can offer their reply, so without additional commentary, here it is. Gotta say though that I won’t be posting anything else on here about this case unless Arevenca itself files a brief, until something big happens.

You may now return to your previously scheduled Chávez-Capriles nail-biting session.

I had an article in the Christian Science Monitor that actually relates to the topics of this website, so I thought I’d link it here.

Chávez reelection at risk as Venezuela’s oil heartland moves on

Also, here is a special bonus tidbit for readers of this blog. I didn’t turn in this material on time, but it was interesting enough to me that I’m sharing it with you:

While Chávez has struggled to ensure that the oilfields and basic industries remains in the service of socialism, his heavy-handed approach may have backfired. Workers are often required to go to political marches, and coveralls, hard hats and other work uniforms are all red — the color of Chávez’s party.

Workers are annoyed with being forced to support a political party, said a contractor at Fertinitro, a chemical plant that Chávez expropriated from the US’s Koch Industries.

After managers shut down the plant Thursday so workers could attend Chávez’s final rally, he said, a worker told him “I can’t believe we have to stop making fertilizer so we can go support this campaign.”

“The people working in the plant wear a red shirt and red cap, but you can be sure they’re voting for Capriles,” he said.

Adding, this all is extra-poignant after talking to a farmer friend who says there is simply no fertilizer available, and also reading this tidbit from Caracas Chronicles about declining food output.