Nick Miroff has a great article in tomorrow’s Washington Post about palm oil in Colombia:

…the palm industry’s rapid expansion is yielding new evidence of a boom that benefited from the displacement of small farmers, indigenous groups and others by the armed conflict. Several of the regions where palm has spread during the past decade are places notorious for paramilitary violence and rural terror, like the north coast outside Cartagena, the Venezuela border region and the southeastern plains of the Meta department, where Mapiripan is located.

As the government and the country’s largest rebel group, the FARC, now attempt to reach a peace accord to end the fighting, Colombia faces the painstaking task of trying to sort out what happened in Mapiripan and other places like it, and how to move forward.

Central to the dispute is a clashing vision of rural development, between the traditional model that has been partly destroyed by the violence and an agribusiness vision that promises growth, jobs and modernization through the spread of commodity crops like African palm.

END_OF_DOCUMENT_TOKEN_TO_BE_REPLACED 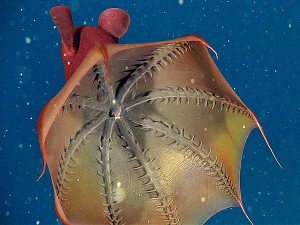 A tweet by the Devil alerted me to this remarkable WSJ story.

It says Goldman Sachs, via an entity called “Oak Finance Luxembourg SA,” loaned $835 million to Banco Espírito Santo just weeks before the Portuguese bank collapsed. That is remarkable because Goldman also owned more than 2% of the bank.

The loan was meant to cover a risky loan that Espíritu Santo had made to Wison Engineering of China and Venezuelan state energy company Petróleos de Venezuela SA, as they upgraded the Puerto la Cruz refinery.

When Espíritu Santo collapsed, Portuguese authorities broke it up into a good bank and a bad bank. The bad bank kept the bad name and the bad assets. Goldman’s loan had gone over to the good bank, where it could have been repaid in full. But

END_OF_DOCUMENT_TOKEN_TO_BE_REPLACED

So, the US is imposing a few more targeted sanctions on a few more people from Venezuela. There are a lot of reasons to oppose this sort of measure, but I continue to hear the blah blah of how oh no, now the Venezuelan government (or “regime,” as they say) will blame the US for all its problems.

David Smilde, of the Washington Office on Latin America, wrote a pretty scholarly piece trying to support this claim, in the form of a long argument against a ranty kvetsch of mine from a few months back.

My old post followed the appearance before US Congress by US Dept of State biggishwig Roberta Jacobson. Back then, she recommended against imposing sanctions on Venezuelan alleged human rights violators, saying that rights defenders within Venezuela had told her that would be a lousy idea during that sensitive moment of talks. The anti-sanctions argument, articulated then by Smilde and many others, was that sanctions would give the Venezuelan government a chance to justify its failures. He and others predicted that new sanctions would cause the sort of rhetoric we have long seen in regard to the US sanctions on Cuba. I found that to be a pretty weak argument, because the government of Venezuela wasn’t already using that sort of rhetoric, and the US already had sanctions in place. What would make these new sanctions different? END_OF_DOCUMENT_TOKEN_TO_BE_REPLACED

Ken Silverstein, one of the great long-standing US investigative reporters, has aimed his razor skills and obsessive memory upon the offshore anonymous corporation game, and especially the law firm Mossack Fonseca & Co., of Panama. A tour de force of reporting, fully worth reading, at this link.

who makes these fictitious entities possible? To conduct business, shell companies like Drex need a registered agent, sometimes an attorney, who files the required incorporation papers and whose office usually serves as the shell’s address. This process creates a layer between the shell and its owner, especially if the dummy company is filed in a secrecy haven where ownership information is guarded behind an impenetrable wall of laws and regulations. In Makhlouf’s case—and, I discovered, in the case of various other crooked businessmen and international gangsters—the organization that helped incorporate his shell company and shield it from international scrutiny was a law firm called Mossack Fonseca…

Since the 70s the law firm has expanded operations and now works with affiliated offices in 44 countries, including the Bahamas, Cyprus, Hong Kong, Switzerland, Brazil, Jersey, Luxembourg, the British Virgin Islands, and—perhaps most troubling—the US, specifically the states of Wyoming, Florida, and Nevada.

Mossack Fonseca, of course, is not alone in setting up shell companies used by the world’s crooks and tax evaders. Across the globe, there are vast numbers of competing firms, and many of them register shells that are every bit as shady as Drex. Proof of this includes the case of Viktor Bout, who, in the 1990s, peddled arms to the Taliban through a Delaware-registered shell. More recently, in 2010, a man named Khalid Ouazzani pleaded guilty to using a Kansas City, Missouri, firm called Truman Used Auto Parts to move money for Al Qaeda.

Scattered news accounts and international investigations have pointed to Mossack Fonseca as one of the widest-reaching creators of shell companies in the world, but it has, until now, used an array of legal and accounting tricks that have allowed it and its clients to mostly fly under the radar.

(The company disputes this claim and asserted in an email that “there is no court or government record that has ever identified Mossack Fonseca as the creator of ‘shell’ companies. Anything tying our group to ‘criminal activity’ is unfounded, inasmuch as we have not actually been notified of the existence of any legal proceeding… thus far.”)

That just gives a hint, please go read it, it’s the sort of education that you need if you want to know how power and money really work in this world.

END_OF_DOCUMENT_TOKEN_TO_BE_REPLACED

Here’s an oil-exporting country that is taking advantage of the low price of oil to eliminate subsidies. That may be a tough policy to maintain when prices rise again, but at least they are trying.

You can see they did a reasonably good job of this transition by the fact that it hasn’t been in the news. No riots, no panic. Here’s a study of how the state sought public support for the change, then started it in 2013. 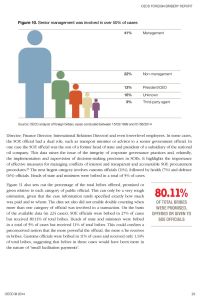 The OECD has a new report about corruption. It gives people like me a good guide to where to look for scandal stories.

The OECD says state-owned enterprises are responsible for a huge part of the problem. Eighty percent of discovered cases of foreign bribery involved state companies. The natural resource industry is most vulnerable. Three quarters of cases involve intermediaries, many of them in offshore tax havens.

State companies, natural resources, and intermediaries in offshore tax havens. Where could we find such things? Sounds like there will continue to be work for those of us interested in energy corruption stories in Latin America.

Hat-tip to Global Witness for pointing out the new report. They want to help reduce corruption by pushing for an end to anonymous corporate registration. I think that will take some very concerted international cooperation. There is always some poor country that will want to whore itself out to corporations, whether as a tax haven, internet domain registry, or anonymous corporate registration hideout. Panama gets more transparent, along come Nevis and Mauritius.