This comment arrived. I think it may count as the first response from Pacific Rubiales to my e-mail of last week and my two blog posts of this week. Yes, the e-mail address listed is @yahoo.es. But according to WordPress’s IP-decoding software, the comment was posted from the domain “mail.pacificrubiales.com.co”. It’s hard to spoof a domain while making a blog comment, but possible, so I have no way to know if this comment actually came from Pacific Rubiales’ offices or not. If so, welcome to the conversation. I urge interested readers to go read the comments starting with this one, as I am dedicated to fairness and this may be Pacific Rubiales’s first response to this writer.

PRE staff: If the comment did not come from your offices, you should check your Internet security as someone is claiming to be you and using a IP spoof. That is a serious abuse, so you should look into it. 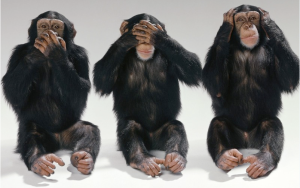 Everything I ever needed to know I learned in business school

Reader and friend H sends a couple of morning notes from South American investment banks regarding Pacific Rubiales (PRE.to/PREC.bo). It’s clear that the company wants to communicate very clearly that its miss on production and reserves in 2010 is over and done with, and everything is now under control.

But as you’ll see as you read these notes, they don’t really talk about most of the items that I mentioned in my post Sunday.

The company waited until March to say its 2010 oil output missed the projection of 225,000 barrels a day. This after putting a presentation on the web as late as Feb. 3 saying that output in 2010 was 220,000 barrels a day. Any oil company should know its production every day. The issue here is not that they failed to fulfill their goal. That happens! The problem is that they either didn’t know their real production until after Feb. 3, or that they knew and didn’t tell the public. Either way, not so great, and worthy of a “we won’t do it again.”

Second, there’s nothing here about the insider trading questions. It would be one thing to say something simple like “Mr. Iacono routinely sells PRE shares to increase diversity in his portfolio.” But instead, the issue isn’t mentioned, as if that makes the questions go away. I don’t know if that’s the fault of the company or of the analysts at the meeting. But the point is this: Many millions of PRE.to shares traded hands during a time when the insiders knew or should have known that the company had missed its output and reserves goals, while outsiders didn’t know. Millions of those shares were being sold by insiders. Someone at the company should really explain this.

By the way, still no word to this writer from Pacific Rubiales. Just in case, here’s an address you can use: settysoutham@gmail.com. The notes follow: END_OF_DOCUMENT_TOKEN_TO_BE_REPLACED

Just sayin. Me on Sunday:

It’s a big deal for Venezuelan electricity consumers, who have come to depend on natural-gas-fired power plants.

Widespread power failures hit Venezuela this week, leaving eight states including oil-producer Zulia without light for hours and causing chaos on the Caracas metro in a new headache for President Hugo Chavez.

Several areas of the capital will suffer staggered cuts due to maintenance until Friday, the city’s state-owned power company said in a statement.

Hours-long blackouts hit eight states on Tuesday, as the main power station in Zulia failed after a suspected rebel bomb on a Colombian gas pipeline that feeds it.

As a result, power was cut in three states to ration supplies, Vice President Elias Jaua said late in the evening.

Devils Excrement gets around to the story before me.

Just to add, they had already cut me off. I stopped receiving the reports after I published this analysis two months ago. Just a coincidence, I’m sure.

Continuing with Venezuela day: Anglo American Plc is the biggest foreign mining investor in Venezuela. Or it was, hard to say now that it has sold its stake in the country’s biggest coal mine. END_OF_DOCUMENT_TOKEN_TO_BE_REPLACED

While you were out:

That makes 16 “pending” arbitrations at ICSID against Venezuela, compared to 26 for first-place Argentina. GO VENEZUELA!

Oh and what is this?

By Bradley Olson
March 29 (Bloomberg) — Williams Cos Inc. filed for international arbitration against Venezuela seeking compensation for two gas compression facilities expropriated in 2009, company spokesman Jeff Pounds, said today in an e-mail.
Williams filed for arbitration with the International Centre for Settlement of Investment Disputes on March 25, Pounds said. He declined to comment on how much the company is seeking in compensation.

17, baby. Keep it up. END_OF_DOCUMENT_TOKEN_TO_BE_REPLACED 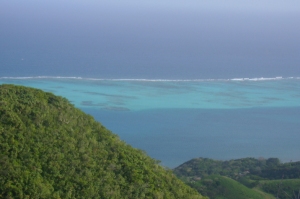 Reader and site friend CD points us to this story in the always fascinating Silla Vacia website about a brewing fight over Colombia’s offshore oil and natural gas exploration concessions. Long story short is they gave a concession that includes some pristine Caribbean islands, and there are people who aren’t happy about risking a Deepwater Horizon disaster in their neighborhood. A bit of the story, translated:

After their first victory in Santurban, a new front is opened for the environmentalists: Providencia Island….

The Agencia Nacional de Hidrocarburos (ANH) in its 2010 Colombia Round of last June granted to Ecopetrol, in partnership with the Spanish company Repsol and the Argentine YPF, exploration rights to 944,000 hectares named Cayo 1 and another, of over 1 million hectares, known as Cayo 5. Both are located in the Caribbean Sea, near the archipelago along the Jamaican marine border (see map) where there is thought to be gas.

…[Environmentalists oppose exploration because] in their opinion, the granting violated not only environmental law but also the Constitution, as the ANH didn’t conduct a prior consultation with local indigenous groups…. corals… how to take advantage of bonanza mineral prices while continuing to be one of the most biodiverse countries in the world… this isn’t the Chilean desert…

Just noting that this issue of Colombia granting exploration rights before conducting environmental due diligence is nothing new.

I had been working on a big post about the vast implications of the PDVSA pension plan’s Ponzi scheme problems. But now I know I don’t need to bother. After all, everything is under control.

Minister Ramirez: Funds of the workers are not at risk

Caracas.- The minister of peoples power for Energy and Oil and president of Petróleos de Venezuela, S.A. (PDVSA), Rafael Ramírez, Sunday on the television program José Vicente Hoy assured that the pension funds of workers at the oil company are not to be found at risk, in reference to the ongoing fraud trial of Francisco Illaramendi in the United States.

“We in PDVSA, as has been our spirit, have taken the decision to support the workers. We have decided to assume the problem, back up the income, above all with respect to the workers’ pension funds, and, as a company, have decided to become plaintiffs in the trial,” affirmed Minister Ramírez.

The head of the Oil Ministry emphasized that it’s the mass media that are “lying or taking things out of context when they say that Francisco Illaramendi is a bureaucrat or advisor to PDVSA. When we took the presidency of PDVSA we didn’t continue to contract services from this gentleman,” he declared.

The big honkin pipeline that carries natural gas from Chevron’s Ballena field in Colombia to western Venezuela blew up yesterday. This is a big deal for Venezuela’s state oil company, which needs natural gas in order to maintain oil output in the Maracaibo region. It’s a big deal for Venezuelan electricity consumers, who have come to depend on natural-gas-fired power plants. And it’s important for the chemicals industry of the Maracaibo region, as petrochemicals are made in large part from natural gas.

Of course, none of that shows up in the news articles about the explosion, which instead focuses on the possible involvement of Colombia’s left-wing guerrillas, the Revolutionary Armed Forces of Colombia, or FARC. Of course if you believe the idea that Venezuela funds and offers refuge to the FARC, it doesn’t make much sense to think that they blew up the pipeline. For some reason the articles don’t mention the possibility that it was a bombing by someone who actually opposes Venezuela, like the right-wing guerrillas who persist in Colombia despite years of demobilization. And then there’s the most likely cause — the pipeline is operated by PDVSA, which isn’t all that great at oilfield operations these days. Gas pipelines, if mismanaged, can just blow up sometimes.

EDIT MARCH 29: Cops now saying that it was definitively a terrorist attack, caused by someone who excavated 5 feet into the ground to find the pipeline and put an explosive on it. They say the resulting fireball deforested a 700-foot radius. I wish there were some photos.

Pacific Rubiales Corp., Colombia’s biggest private-sector oil company, earlier this month said it ended last year producing 193,000* barrels a day of oil, 19 percent lower than the 225,000 barrels a day the company had predicted in the “outlook” section of its securities filing Nov. 9. It also said that as of Dec. 31, its oil reserves had declined in 2010. Both of these are normal, life being life, even the most successful company can’t grow uninterrupted forever. The market didn’t much like the news – the stock fell hard on March 10, when the announcement came out. But now that I have escaped the wilds of Peru and I am reading through the last few weeks’ news, I don’t see anyone saying publicly the three things that were most completely screwed up about this situation.

1. The company giving 220,000 barrels a day as their figure for year-end oil output as late as February, even though they should have known a month earlier that the number was fiction.

2. Board members front-ran the bad news with millions of dollars in stock sales, during a period when they should have known about the bad news to come.

3. Executives are refusing to buck up and accept responsibility for missing on oil output and reserves replacement. END_OF_DOCUMENT_TOKEN_TO_BE_REPLACED