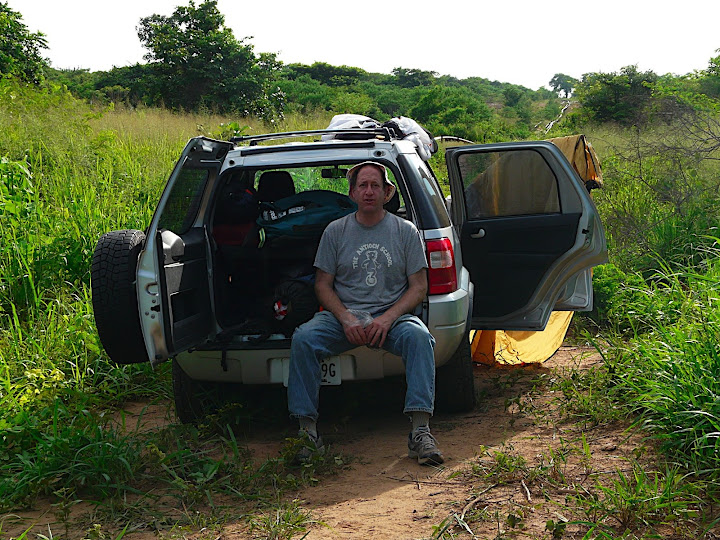 One time a friend and I rented a car and took a road trip to the Gran Sabana in southern Venezuela. We didn’t take any spare fuel with us, as gascans are illegal beyond a certain point in Venezuela. The national guard will confiscate them on the presumption that they are full of fuel for either illegal mines or for contraband to Brazil. So we got to Santa Elena, on the Brazilian border, with just a couple gallons of fuel left in the car.

With Venezuela’s “war on contraband” making news across northern South America, I thought I’d come clean about the time I contributed to the corruption of Venezuela’s crack anti-contraband forces.

We spent a night at a mediocre hotel picking ticks off our bodies and eating pizza in earshot of English, Portuguese and Hebrew-speaking tourists. It felt downright touristy, a rare sensation in Venezuela. In the morning, we left town and expected to fuel up. But then we saw the gas station. It was still early, the filling station was just opening up, and there was already a 2-km line of cars waiting, everyone pulled over and stopped on the side of the highway, ready for an hours-long wait for the last almost-free gasoline before crossing into Brazil. We talked to people and someone said we could find fuel in a town further north. We drove there, but there was no gasoline to be had. We stopped a cabbie, who said we could try an indigenous community a little ways off the highway. There, someone told us to speak to the head of the council. We went to his house and waited a good while until a teen came along and told us the person we awaited would be back in the evening, but that we wouldn’t be able to buy fuel because what they had was for their community. We went back out on the highway, deciding we would have to go to Santa Helena after all and wait in that line.

Maybe 15 minutes down the road we were stopped at a national guard roadblock. After answering the perfunctory questions, we told the young private that we were low on fuel, and was there anywhere we could get it without waiting in that line? He had us pull over and wait. He spoke to a sergeant, who approached and asked how much we needed. I said a few gallons. He asked if we had a container, and we found a bunch of empty 4-liter water bottles. He asked what we were hoping to pay. I said I’d pay whatever, that in the US or Brazil it was $3 a gallon so if he wanted that much, that’s fine. He took the bottles and a few minutes later came back. They were all full of precious golden hydrocarbons. I asked him if it was seized fuel and he smiled and shrugged. He told us not to fill up there, that we should go down the road to do it. We gave him about 50 bolivars, which clearly made his day.

I doubt this is an unusual story.

1 thought on “The war on contraband, 5 years ago”